Israel has launched a tender aimed at selling 5G spectrum through an auction, offering discounts to cash-strapped telecom operators in order to attract bids. 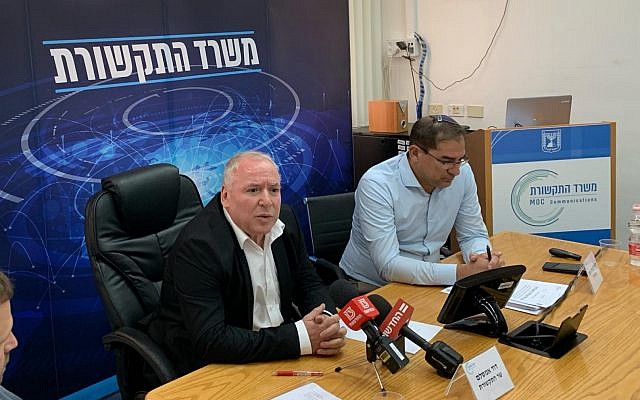 Israel, as part of the tender, is auctioning frequencies ranging from 700 MHz and 2100 MHz, which are also used for 4G, to 2600-3800 MHz that will solely be used for 5G services, such as self-driving cars.

The government will reveal more details about the 5G spectrum auction on Monday. Israel aims to complete the bidding process in December.

Existing players will be able to join hands with other firms and submit joint bids for 5G spectrum to share costs. They will also be able to get a rebate on annual frequency charges for four years upon meeting certain milestones, and can win grants from the ministry of up to NIS 200 million, depending on the speed in which the networks are deployed. The total amount of incentives is some NIS 500 million.

The 5G network, which would be an added layer on existing 4G networks, is estimated to cost around NIS 2 billion or $562 million in Israel.

Israel is offering incentives of up to 500 million shekels ($141 million), including delaying the need to pay for the license until 2022. The Communications Ministry will give grants to operators who deploy at least 250 5G antennas.

“We built the tender so it might not cost anything to the companies,” said Ofer Raz-Dror, deputy director general of the ministry, adding Israel will not follow the high-priced tenders in Italy and Germany.

The telecoms regulator expects three groups to bid, including a combination of operators to cut down on costs. It expects to announce winners by the end of the year with a commercial launch to start in 2020 and continuing through 2023.

“We are aware of the companies’ current financial situation and the tender takes this into account,” said Communications Minister David Amsalem.

Cellcom and Partner, declined to comment on their plans.

Smaller rival Golan Telecom said it would bid for 5G spectrum in association with Cellcom. HOT Telecom is believed to be bidding with Partner.

Pelephone, a unit of Bezeq Telecom, said it would participate in the 5G spectrum auction in Israel.

Israel’s three main telecom operators — Cellcom, Partner Communications and Pelephone  — are struggling to stay profitable in a country with 9 million people and nine mobile providers after a sector shake-up in 2012.

Revenues in the mobile sector of Israel fell 5.6 percent in 2018. All the top three operators have lost mobile subscribers and reported drop in revenue due to competition. The price of the combined package of calling, surfing and text is 29 shekels, or $8, a month.

The recent government report said revenue for the telecom industry in Israel fell 4 percent in 2018 to NIS 18.4 billion or $5.2 billion from NIS 19.2 billion in 2017. This includes revenues from cellular services, internet, fixed line and TV services.

Israel lags countries like South Korea, Switzerland, Britain and Spain that have started to roll out 5G services.