KT Corporation has revealed that the company has lowered its Capex in the first half of 2020 as Covid19 impacted the 5G network expansion. 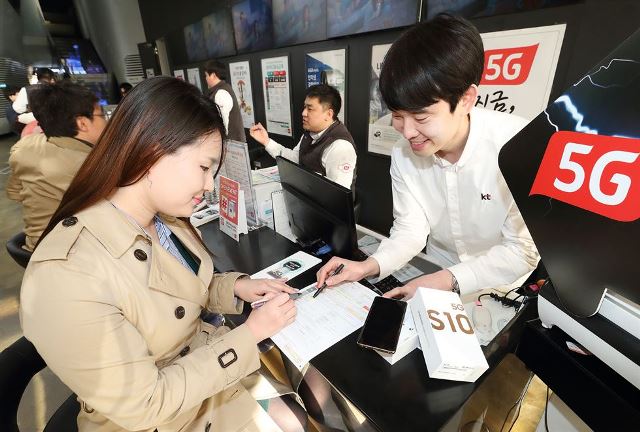 Capex spend up to the second quarter amounted to KRW967.3 billion as Covid-19 impacted the speed of 5G coverage build-out.

“We will continue to expand 5G coverage in the remaining second half, focusing on our shadow zones and underground subways,” Kyung-Keun Yoon, CFO of KT, said during analyst call.

KT said it will maintain Capex guidance of KRW3.1 trillion for the year though it lowered its spending in the first two quarters of the year.

“As we go into the second half of the year, with more increases in 5G subscriber base, we expect the investment amount to be bigger than that of the first half, but we will make sure we spend within the guidance level,” Kyung-Keun Yoon said.

The launch of Galaxy Note from Samsung and iPhone from Apple will boost handset business and its 5G subscriber growth. Handset revenue declined 22.2 percent in second quarter.

Samsung’s Galaxy Note and Apple’s iPhone 5G will account for about 25 percent of the total 5G smartphone, KT said.

High-end 5G smartphone customers are ensuring 30 percent increase in ARPU to KT when customers migrate from LTE to 5G network. But KT’s overall ARPU does not reflect the 5G customer growth due to Covid-19 crisis.

Wireless revenue rose percent to KRW1,722.5 billion. Despite the dip in roaming revenue on Covid pandemic, with increases in high-quality 5G subscribers, wireless service revenue was up 0.2 percent to KRW1,615.5 billion.

KT’s Super Plan Plus caters to the needs of 5G subscribers who value media-related experiences and with more than 60 percent of new 5G subscribers choosing this product.

KT has lowered its operating expense by 4.7 percent to KRW5,534.7 billion due to efforts on cost controls and efficient spending.