Ofcom has published details of EMF emissions measured at 16 5G sites in 10 cities across the UK.

Ofcom engineers have measured the electromagnetic field (EMF) emissions from telecom equipment used to transmit mobile signals and other wireless services for a number of years.

Ofcom has measured electromagnetic field (EMF) emissions at 16 5G mobile phone base stations in 10 cities across the UK, and also EMF emissions close to 60 GHz fixed wireless equipment in Liverpool, focusing on areas where mobile use is likely to be highest.

“At every site, emissions were a small fraction of the levels included in international guidelines – set by the International Commission on Non-Ionizing Radiation Protection (ICNIRP). The maximum EMF emissions measured at any site was approximately 1.5 percent of those levels,” Ofcom said.

“With all four UK mobile networks launching 5G services in the last year, we have extended our measurement programme to cover the frequencies being used for 5G,” Ofcom said.

Ofcom said telecom equipment manufacturers, installers and operators of wireless equipment should already be aware of the ICNIRP guidelines, and factor them in to how they plan their services.

Ofcom is proposing new licence conditions for spectrum licensees using equipment that can transmit at power levels above 10 Watts.

These proposals would mean licensees must operate within the ICNIRP guidelines as a condition of their Ofcom licence – including keeping data and records of any testing to demonstrate their compliance.

Ofcom said this condition would apply to all equipment which can transmit at powers above 10 Watts (including, for example, the licences of mobile phone companies, TV and radio broadcasters and most point-to-point microwave links).

Ofcom is also proposing to apply a similar approach for equipment that is exempt from the requirement to have a licence and that can transmit at powers above 10 Watts, such as certain types of satellite terminals.

In addition, Ofcom is proposing that spectrum licensees keep records (including the results of any measurements, tests and calculations) that demonstrate how they have complied with the ICNIRP Guidelines. 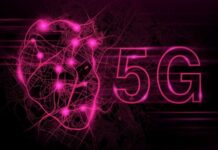 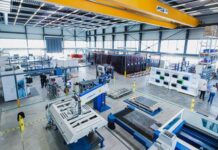