Ooredoo Group has revealed the company’s achievements in the 5G business during the first half of 2020. 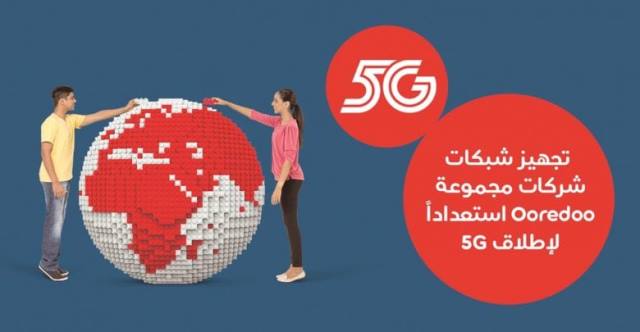 Ooredoo said its revenue fell 3 percent to QAR 14.1 billion due to the Covid-19 impact. A reduction in handset sales and roaming business as well as macroeconomic weakness in some of markets was partially offset by robust growth in Indonesia, Tunisia and Myanmar, Ooredoo said.

EBITDA dropped 5 percent to QAR 6.0 billion, impacted by movement restrictions to contain the spread of Covid-19 in markets as well as challenging market conditions in Algeria, Kuwait, Iraq and Oman.

Ooredoo Qatar reached a milestone of half a million mobile post-paid customers. Ooredoo Qatar, which launched its 5G plans in December 2019, has attracted more than 200,000 customers.

“We offer 5G speeds in three of our markets, with Ooredoo Oman being the latest to launch 5G Home Internet plans in Q2 2020 and 5G trials are on-going in Indonesia, Myanmar and Maldives,” said Saud bin Nasser Al Thani, group chief executive officer of Ooredoo, in a statement.

Ooredoo Qatar re-optimised its mobile and fixed network to accommodate a significant increase in data traffic demand and extended network and telecom support to quarantine centres and hubs across the country. More than 200,000 customers have now signed-up for Shahry 5G and Qatarna 5G plans.

Ooredoo Oman reported revenues of QAR1.3 billion, a reduction of 4 percent compared to the first half of 2019 due to a decline in prepaid mobile and roaming revenues as well as fewer sales due to retail outlet closures.

Ooredoo Oman delivered innovative solutions to its 2.6 million customers, such as the launch of 5G Home Internet in the Sultanate which offers connectivity of up to 10 times faster than current home internet services and brings high speed internet access to new areas.

Ooredoo Kuwait revenues fell 10 percent to QAR 1.2 billion. Ooredoo Kuwait has a mobile phone customer base of 2.4 million. Strong demand for the company’s 5G home broadband product enabled it to grow its 5G user base.

Asiacell Iraq revenues fell 10 percent to QAR 1.9 billion. Asiacell’s customer base dipped 4 percent to 13.3 million customers. The company continued to prepare for the launch of 4G as the Government committed to allow operators to launch LTE services in 2021.

Indosat Ooredoo’s customer base grew 1 percent to 57.2 million, supported by the company’s robust digital channels — able to serve its customers in a safe and efficient manner during the pandemic — and by its leading network infrastructure.