Spain will delay its auction of 5G spectrum due to the coronavirus outbreak, the government said on Monday.

Spain was planning to free up space in the 700 MHz band of its network by switching from analogue to digital terrestrial television by June 30.

Madrid has told Brussels it will set a new deadline for the 700 MHz band depending on the eventual end-date for emergency measures including restrictions on people’s movements.

France is also likely to delay its 5G spectrum auction until at least March 2020, three months later than originally scheduled. The CEO of French group Iliad said one coming up in France would likely meet delay.

Germany and Italy have raised about 6.5 billion euros ($7.2 billion) each through 5G spectrum auctions. 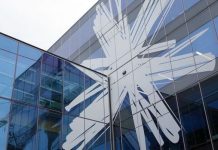