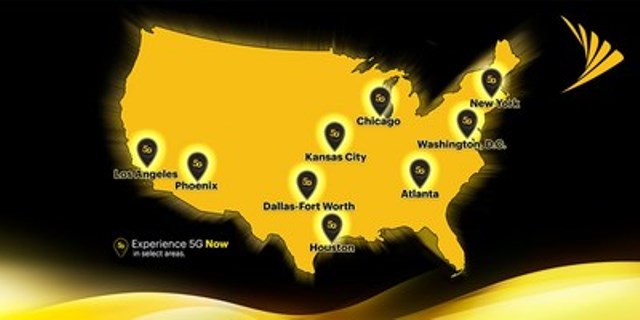 Sprint in May launched 5G service in areas of Atlanta, Dallas-Fort Worth and Kansas City, following with Chicago in mid-July.

Sprint 5G covers approximately 2,100 square miles, with approximately 11 million people expected to be covered in total across all nine market areas in the coming weeks, more than any other U.S. carrier to date.

Sprint CEO Michel Combes said: “With our initial nine market launches complete, it is just the start of what we can achieve with T-Mobile, together building a better, faster, nationwide mobile 5G network.”

Nokia CEO Rajeev Suri said: “The cities we’re launching today are among the largest and most dense urban markets in the U.S., requiring significant expertise and stringent testing to ensure quality, performance and delivery.”

Sprint also announced the availability of OnePlus 7 Pro 5G, a 5G smartphone, for $20 per month for a limited time with $0 down payment and Sprint Flex lease – that’s a savings of more than 40 percent.