Swisscom said its capital expenditure (Capex) fell 0.4 percent to CHF 516 million during the first quarter of 2020. 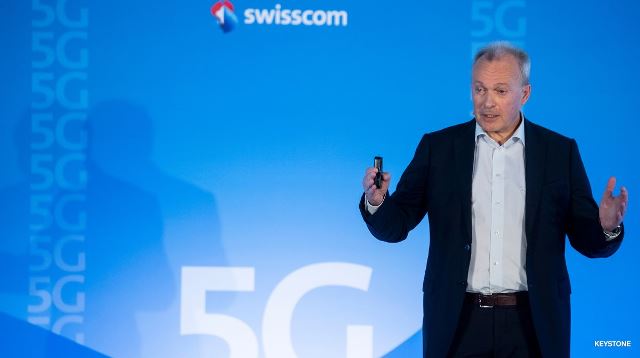 Swisscom’s capital expenditure in Switzerland rose 4 percent or CHF 14 million to CHF 367 million, mainly driven by the expansion of the broadband network infrastructure.

Capital expenditure at Fastweb fell 3.5 percent to EUR 138 million as a result of lower customer-driven investment.

Swisscom expects Capex of around CHF 2.3 billion in 2020. Capex in Switzerland, excluding costs for buying additional mobile radio frequencies at the spectrum auction, will be slightly less than in the previous year. Capital expenditure at Fastweb is expected to be lower.

Swisscom connected around 4 million, representing 76 percent of households and businesses in Switzerland with broadband speed exceeding 80 Mbps. 50 percent of all homes and offices benefit from fast connections with bandwidths of more than 200 Mbps. Of these more than 1.57 million have been upgraded to FTTH.

Swisscom aims to offer ultra-fast broadband in every Swiss municipality by the end of 2021, including in remote locations. Swisscom plans to double Fibre to the Home (FTTH) coverage for households and businesses compared with the 2019 level by the end of 2025.

Of these more than 1.57 million have been upgraded to FTTH. Swisscom aims to make ultra-fast broadband available in every Swiss municipality by the end of 2021.

Swisscom said it wants to make more convergent use of its network technologies, with an intelligent combination of the mobile and broadband networks to ensure customers get precisely the service they need.

Swisscom completed the switch to IP technology in the residential and business customers market. Swisscom aims to decommission the old infrastructure by the end of 2022.

Since the end of 2019, Swisscom has supplied 90 percent of the Swiss population with 5G coverage with speeds of up to 1 Gbps.

Swisscom is facing challenges in the 5G business. Swisscom is unable to renew existing antennas and build additional ones with 5G+ that can transmit data up to 1,000 times more efficiently and save energy.

Due to current restrictions, such as moratoria in some cantons, the expansion of the mobile network is faltering, which means that the creation of urgently needed capacity for both 4G and 5G is also being held up, Swisscom said.

Swisscom reported 4.3 percent drop in revenue to CHF 2.737 billion during the first quarter of 2020.

Swisscom generated revenue of CHF 2.071 billion (–4.4 percent) in Switzerland. The CHF 72 million decline in revenue from telecom services is due to competitive and price pressure in various segments.