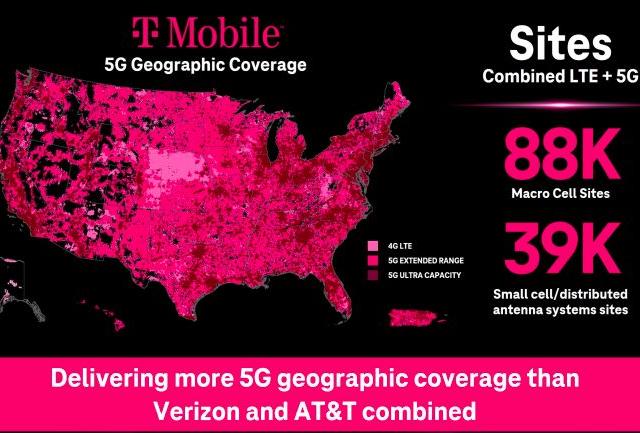 T-Mobile said its Capex during the second quarter has gone up by 9 percent to $3.6 billion driven by the accelerated build-out of the nationwide 5G network.

# 50 percent of postpaid customers are using a 5G phone, and 5G devices account for 55 percent of all network traffic

T-Mobile is the leader in 5G with the country’s largest, fastest, most reliable and most awarded 5G network. The Extended Range 5G covers nearly everyone in the country – 320 million people, delivering more geographic coverage than Verizon and AT&T combined. 235 million people are covered with super-fast Ultra Capacity 5G, and T-Mobile expects to cover 260 million in 2022 and 300 million next year.

“Our relentless focus on putting customers first delivered yet another outstanding quarter for T-Mobile with industry-leading postpaid and broadband customer growth, including our highest ever postpaid account adds in company history,” said Mike Sievert, CEO of T-Mobile, in a news statement.

T-Mobile expects to add between 6 million and 6.3 million net monthly-bill paying subscribers in 2022, up from a prior forecast of 5.3 million to 5.8 million.

T-Mobile’s rivals AT&T and Verizon have decided to increase price. T-Mobile’s decision not to hike prices for its wireless plans has helped it add more mobile customers in a price-conscious market. As a result, T-Mobile has added 723,000 subscribers in the second quarter.