T-Mobile customers get a 5G signal in nearly 20x more cities than Verizon and AT&T combined and almost 130x more than Verizon alone, according to Ookla report. 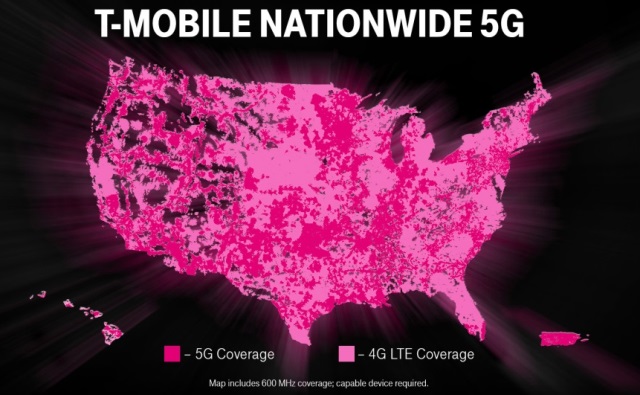 The report also noted that T-Mobile’s network delivered the best response times or “latency” and came thisclose to tying for first on consistency.

“Study after study is finding the same thing: only T-Mobile is doing the hard work to deliver 5G coverage and performance. T-Mobile’s strategy is built on delivering a meaningful 5G experience people can actually use,” said Neville Ray, president of Technology at T-Mobile.

Ookla’s report found that T-Mobile customers can experience 5G’s benefits in more places across the country than customers with any other provider.

T-Mobile has the largest and only nationwide 5G network, with coverage spanning more than one million square miles and reaching all 50 states and Puerto Rico.

T-Mobile is working to combine the network assets of T-Mobile and Sprint to build a strong 5G network.

T-Mobile is deploying 5G with 2.5 GHz mid-band spectrum to increase capacity and boost speeds for customers. T-Mobile has the unique combination of low-, mid-, and high-band spectrum making it the only wireless provider with resources to bring a transformative 5G experience to people in cities and rural areas.

With the additional capacity unlocked by the merger with Sprint, T-Mobile is preparing to launch 5G Home Internet commercially nationwide, covering more than 50 percent of U.S. households within six years.

The T-Mobile Home Internet pilot, which originally launched last year by invitation only for select T-Mobile customer households, currently delivers home broadband on the Un-carrier’s LTE network and is offered exclusively in areas where it expects to deliver speeds of around 50 Mbps through fixed unlimited wireless service.