Telefonica CEO Jose Maria Alvarez-Pallete has revealed the importance of network sharing ahead of the 5G network launches. 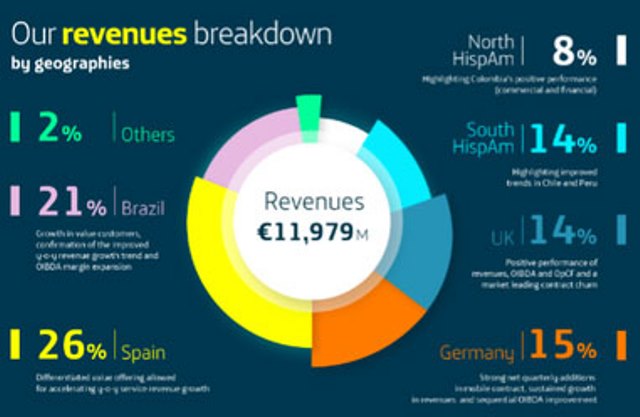 Telefonica CEO said network sharing will bring substantial cut in Capex and Opex because 80 percent of Capex and 20 percent of Opex in network are due to infrastructure sites, transmission rentals.

“Network sharing is an opportunity to reduce network costs, while maintaining the objectives of coverage and quality. Network sharing will be relevant in the incoming deployment of 5G technology, due to the pressures coming from a much denser network, both in radio access and in transport,” Jose Maria Alvarez-Pallete said.

Telefonica’s Capex reached €1.554 billion (+4.3 percent) in January-March and the main focus was on the deployment of UBB networks, enhancement of network capacity and virtualisation and improvement in quality and customer experience. Telefonica has focused on the implementation of AI in the company’s technology platforms.

Telefonica earlier announced the sale of 11 data centres to Asterion Industrial Partners, the Pan-European infrastructure fund manager, for 550 million euros. The transaction is expected to generate capital gains before taxes and non-controlling interests of around 260 million euros.