Telefonica Spain has signed a deal with Japan’s Rakuten to develop a 5G radio network system that uses an open platform and artificial intelligence. 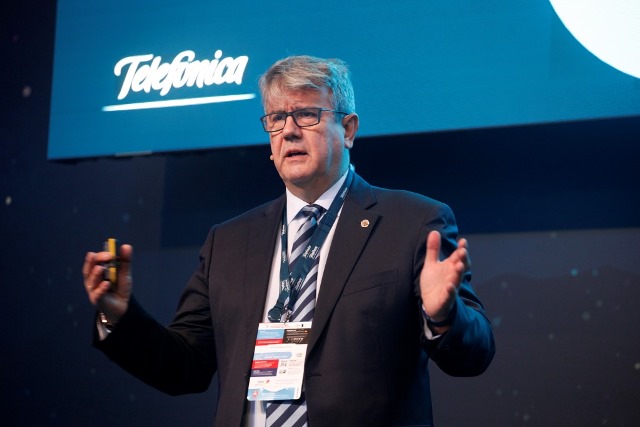 Rakuten, a mobile operator in Japan, deployed a network based on a technology called Open Radio Access Network (RAN) that uses software to run network functions on the cloud, which requires less physical equipment.

Rakuten plans to launch 5G services in Japan later this month, Rakuten Mobile’s Chief Technology Officer Tareq Amin said on a call with journalists, after it was forced to delay the introduction by months due to disruption from the coronavirus outbreak.

The technology promises to cut costs for telecom operators as it uses cloud-based software and commoditized hardware instead of proprietary equipment supplied by companies such as Nokia, Ericsson and Huawei.

Telefonica Spain and Rakuten plan to develop a joint procurement scheme for Open RAN software and hardware that will increase volumes and reach economies of scale.

“We are not building a competitive tool with Open RAN. We are trying to build an ecosystem. We are open to working with other operators,” said Enrique Blanco, chief technology & information officer at Telefonica Spain.

Telefonica has been deploying Open RAN pilots in Brazil, Germany, Spain and Britain, and plans to ramp up deployments in 2021 and significant rollouts in 2022.

The Spanish group plans to phase Huawei telecom equipment out of the sensitive core for its 5G network in order not to run the performance and data protection risks that come with relying on one sole supplier.

Nokia recently announced it will support Telefonica in its efforts to deploy 5G services to 75 percent of the Spanish population by the end of the year.