Telefonica chief operating officer Angel Vila has revealed that the telecom operator’s Capex has increased significantly ahead of the 5G network expansion. 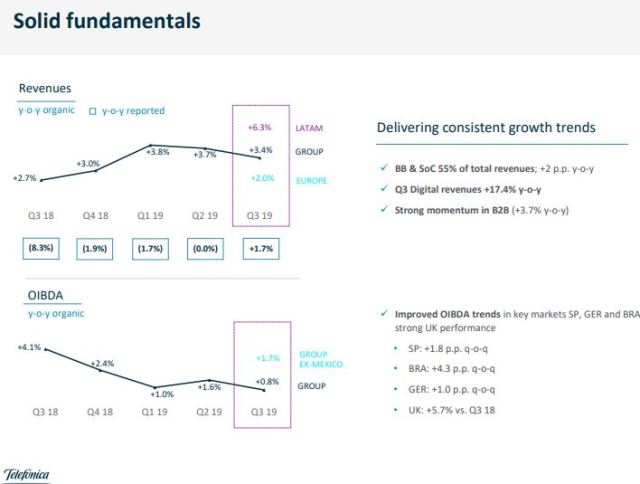 Capex of Telefonica — in Europe and Brasil — increased 82.3 percent to 3.273 billion euros during the third quarter of 2019.

Telefonica Argentina’s Capex in nine months amounted to €212 million, accounting for 13 percent of sales, mainly devoted to the fibre and 4G network expansion.

Telefonica Chile’s Capex was €254 million (+12.9 percent), representing 17 percent of revenues in January-September. The main focus was on FTTH deployment. Its FTTH has covered 1.5 million premises.

Telefonica Group Capex in January-September totalled €6,657 million (+17.2 percent) and included €1,465 million of spectrum. Telefonica made investment for the deployment of LTE and fibre networks, increased network capacity and virtualisation and improved quality and customer experience by the implementation of AI in the company’s technology platforms.