Teletalk Bangladesh has selected telecom network supplier Nokia to deploy a 5G network in the country for the first time. 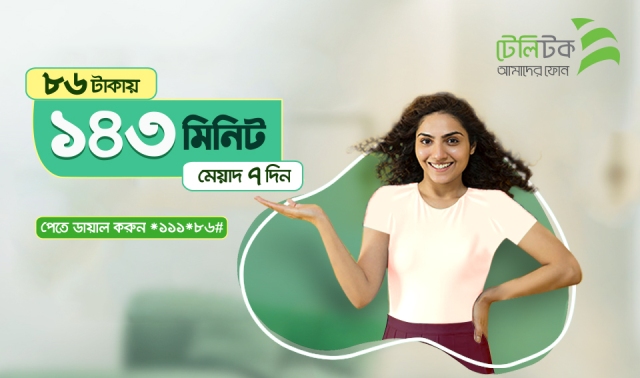 Finland-based Nokia will provide equipment from its latest ReefShark System on Chip-powered AirScale equipment portfolio including its 5G AirScale Digital Baseband Unit with a plugin capability to add capacity.

Nokia, one of the leading telecom network suppliers in the world, will also supply its 64TRX AirScale massive MIMO Adaptive Antennas to cover all deployment scenarios including dense-urban environments and wide-area coverage.

Teletalk is launching its 5G network to coincide with Bangladesh’s Golden Jubilee of Independence celebrations. Teletalk is upgrading its mobile network including support for rural areas as well as the introduction of 5G networks to the main city areas, Shahab Uddin, Managing Director of Teletalk Bangladesh, said.

Nokia and Teletalk have been partners since 2004 with the joint deployment of 2G, 3G, and 4G networks. Nokia also supplies transport and core solutions and signed a network expansion and modernization deal.