Telia Sweden is set to launch its 5G network in Stockholm. Ericsson is the technology partner of Telia. 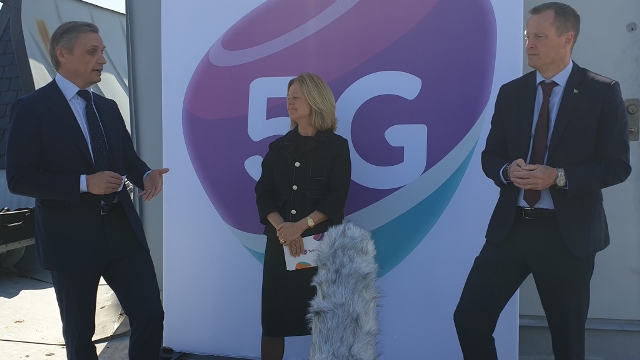 The 5G network will cover most of central Stockholm by mid-summer. Telia said it will be expanding its 5G network in additional 12 cities including Gothenburg and Malmo later this year.

Telia Company said initial services on the 700MHz band will cover most of central Stockholm by mid-June, including the Norrmalm, Ostermalm and Vasastan districts.

Telia aims to enhance and supplement its low-band 5G commercial services with additional nationwide 5G coverage, including mid- and high-bands, following the auction of the related spectrum by the Swedish government later this year.

“Telia’s 5G launch lays the foundations for the next phase of digital transformation, with innovation, sustainability and security as three critical pillars, and we are proud to be doing this launch, in partnership with Ericsson,” said Allison Kirkby, president and CEO of Telia Company.

“This is a real milestone for us as a Swedish company as we partner with Telia Company to make commercial 5G network a reality for its users in Stockholm,” said Borje Ekholm, president and CEO, Ericsson.

Telia’s 5G network is powered by 100 percent renewable energy which has been certified by the Swedish Society for Nature Conservation. Telia’s 4G network will continue to play an important role in complementing the 5G network.

5G smartphone customers with the subscription Telia Mobil (private customers) or Telia Jobbmobil (business customers) in 5G coverage areas will be able to connect to the new 5G network.

With today’s launch Ericsson now has 37 live 5G networks in 22 countries. Ericsson’s live networks are part of the 91 commercial 5G agreements or contracts the company has with unique operators globally, of which 48 are publicly announced 5G deals.