5G is one of the most anticipated technologies of India and people might wonder why is 5G still not available in the country? 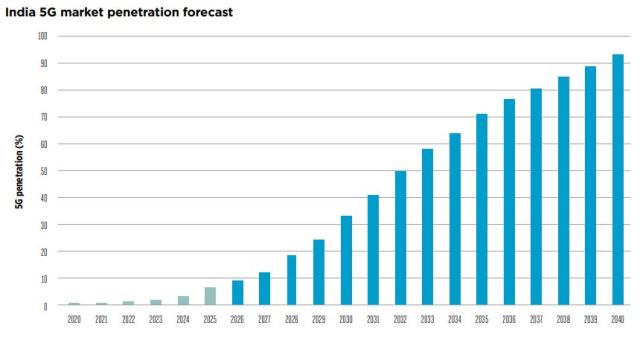 Many countries across the globe are already enjoying 5G and many will soon start taking its advantage and yet in India, there is a hush surrounding the 5G network. This pops up the question of why exactly 5G is still unavailable in India? If reports are to be believed, India is anticipating a 5Gi network instead of a 5G network. The 5Gi network is being developed together by IIT Hyderabad and IIT Madras. Probably, the Indian government thinks that the 5Gi network will benefit the citizens more than the standard 5G setup. But what exactly is 5Gi and what are the views of the telecom industry for 5Gi?

The Indian government has strongly been propagating the Made in India campaign. 5Gi is simply the Indian version of the standard 5G network. The technology was created through a joint collaboration of IIT Hyderabad and IIT Madras. It has already been approved by the International Communication Union (ITU). ITU is known for its tough approval. Till date, only three standards have been approved by ITU. According to reports, the band and spectrum of both 5Gi and 5G networks are the same and in some cases, 5Gi even provides better internet connectivity than 5G. Further, 5Gi will work much better than 5G in a low frequency. 5G works o a frequency range of 700 MHz to 52,000 MHz which makes it an expensive network. However, that is not the case with 5Gi. Both 5G and 5Gi, however, will allow the users to play games like Scrabble Word Finder easily without any lag.

What are the benefits of 5Gi?

Implementing 5Gi will be a bit of a problem for the telecom operators of India because it has already spent a large sum of money in upgrading its network capacity to accommodate 5G but now it will have to again upgrade the technology to accept 5Gi. The adoption of 5Gi will need upgrades in their setup which will need a huge investment again. Furthermore, telecom operators of the country have claimed that 5Gi cannot work together with the standard 5G which works on 3GPP technology.

What will India use 5Gi or 5G?

As of now, India is still thinking and brainstorming whether implementing 5Gi is a good idea or not. Currently, the Telecom Regulatory Authority of India (TRAI) has asked COAI and other telecom operators to list the pros and cons of using 5Gi and whether the handset of different companies will be able to support 5Gi or not. Before any 5G auction is held in India, the implications of 5Gi will be studied first. 5G has a latency rate which is less than one millisecond which ensures seamless real-time communication and online games like Words with Friends.

What is the take of the major telecom of India on 5Gi?

Previously, Jio, Airtel and Vodafone Idea including other vendors like Samsung and Nokia wanted 5Gi to be compatible with the global standard of 5G as only then having 5Gi in India will be feasible. However, they no longer hold the same views except for Reliance Jio who commented that only when multinational vendors offer smartphones that are compatible with 5Gi at a cheap price, it is open to the idea of having 5Gi in the country. However, Airtel has straight away said that implementing 5Gi will be expensive for it and therefore, there is a disagreement in switching to 5Gi from 5G. Another challenge of having 5Gi is that numerous smartphones have already been rolled out in the market that supports 5G and people are buying them. However, if these devices do not support the new 5Gi, people will need to get new 5G smartphones that also supports 5Gi or else, they have to wait for technological advancement which brings 5G and 5Gi to the same platform so that they can operate in the same device without any major shift.