US wireless operators AT&T, T-Mobile and Verizon will be gearing up for the 5G spectrum auction being held from November 14.

Earlier, telecom industry association GSMA said there will be 1.2 billion 5G connections by 2025, representing 14 percent of the total number of connections. The GSMA forecast does not include cellular IoT connections.

The main challenge for telecom operators is about the availability of 5G smartphones. 5G compatible phones will be ready towards the end of 2019. The top concern will be the price of 5G phones. 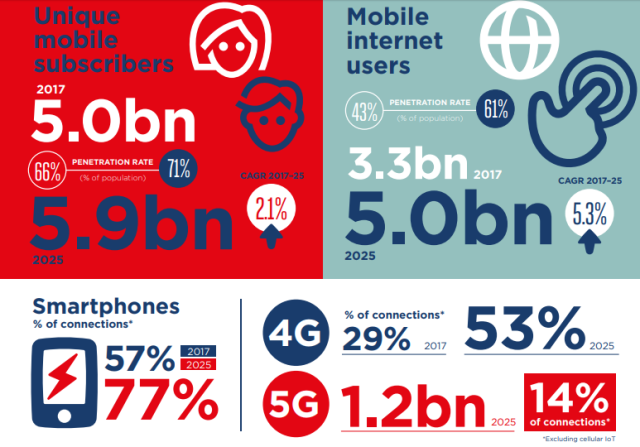 AT&T, T-Mobile and Verizon, the nations’ three big operators, have already announced their 5G investment and roll out plans. Recently, Nokia has bagged a $3.5 billion 5G equipment deal from T-Mobile, the third largest wireless operator in the US. T-Mobile aims to combine its business with Sprint and enhance 5G investments. 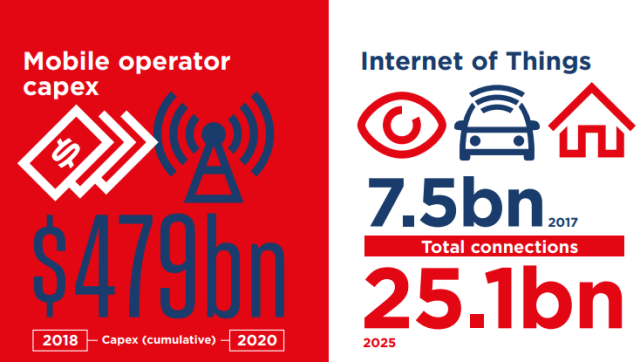 GSMA earlier said the cumulative Capex by global mobile operators will be $479 billion between 2018 and 2020.

The latest development in the US telecom market will be offering good business chances for telecom equipment makers such as Ericsson and Nokia. Huawei is facing regulatory challenges in US. Australia has already said it would try to block Huawei from participating in 5G equipment deals. Australia is home to telecom operators such as Optus, Telstra and Vodafone.

In addition to telecom network makers, chipset companies such as Intel, Qualcomm and MediaTek will also gain from 5G investments in the US. Test and measurement companies such as Anritsu and Keysight have already started verifying 5G equipment for top mobile operators and smartphone companies.

FCC said it will offer the 28 GHz and 24 GHz band licenses via two auctions with separate application and bidding processes for each auction.

The auction of the licenses in the 28 GHz band will employ the standard simultaneous multiple round auction format. FCC will offer the 28 GHz licenses in two 425 MHz blocks by county.

The auction of the licenses in the 24 GHz band will employ a clock auction format, beginning with a clock phase that will allow bidding on generic blocks in each Partial Economic Area in successive bidding rounds. FCC will offer the 24 GHz licenses in seven 100 MHz blocks.

FCC also proposed steps to prepare the 37 GHz, 39 GHz, and 47 GHz bands for conducting 5G spectrum auction for US telecom operators. FCC said 39 GHz and 37 GHz bands present an opportunity for 5G deployment as it represents the largest amount of contiguous spectrum available in the millimeter-wave bands.

Spain delays auction of 5G spectrum due to coronavirus