Verizon Communications said its capital spending (Capex) will be $17.5-$18.5 billion in 2021, targeting the expansion of 5G mmWave, LTE network and fiber.

Capital expenditures related to the deployment of Verizon’s C-Band 5G network will be in addition to this amount. Verizon previously announced an incremental $10 billion of capital expenditures from 2021 to 2023, of which $2 billion to $3 billion is expected in 2021.

Verizon has increased its trade-in subsidies on offer of up to $1000 for the latest iPhone 13 in September, matching rival AT&T in an attempt to attract more customers to its carrier network.

“Our strategy execution demonstrated growth in 5G adoption, broadband subscribers and business applications. We are increasing our 2021 guidance, and we continue to expand our 4G LTE and 5G network leadership. We expect to have a strong finish to the year as we accelerate deployment of 5G,” Verizon Chairman and CEO Hans Vestberg said. 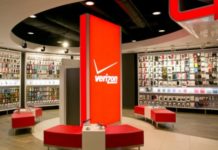