Verizon said it will maintain capital spending in the range of $17.5 billion to $18.5 billion in 2020 despite Covid-19 related issues. 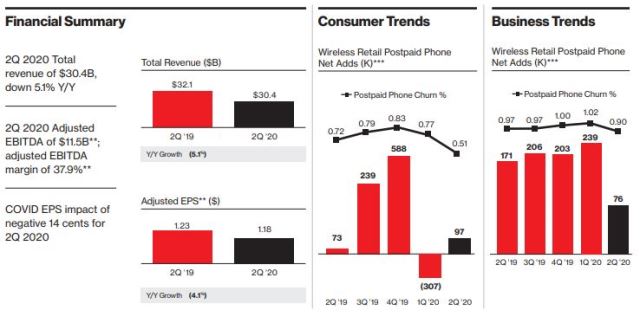 Verizon said capital expenditures support the capacity for traffic growth across Verizon’s networks and the deployment of additional fiber and cell sites to expand the company’s 5G Ultra Wideband rollout.

Verizon’s capital expenditure during the first half of 2019 was $7.9 billion.

Verizon chairman and CEO Hans Vestberg said: “We focused on our strategic direction as a technology leader, adapting to the new environment and providing our customers with reliable connections and technology services, while working to keep our employees safe and accelerating our 5G network deployment.”

Verizon bled 68,000 monthly paying phone subscribers in the previous quarter as it had to quickly close 70 percent of its stores.

Verizon has been gradually re-opening stores and at the end of the quarter more than 60 percent of company-operated retail stores were open.

The company attributed the fall in revenue to a decline in device sales in the quarter, hurt by lockdown-led store closures.

Verizon Consumer revenues were $21.1 billion, a decrease of 4.0 percent year over year, primarily driven by a significant decrease in wireless equipment revenue due to low activation levels.

Verizon Business revenues were $7.5 billion, down 3.7 percent year over year.

Revenue in Verizon’s media unit, which includes Yahoo, HuffPost and TechCrunch, declined 24.5 percent in the second quarter to $1.4 billion from a year earlier as companies cut down on advertising to rein in expenses.