Vodafone Group, the #1 telecom operator in the world, today revealed that its 5G coverage reached 318 European cities in the April-June quarter of 2022 as compared with 243 in the same quarter last year. 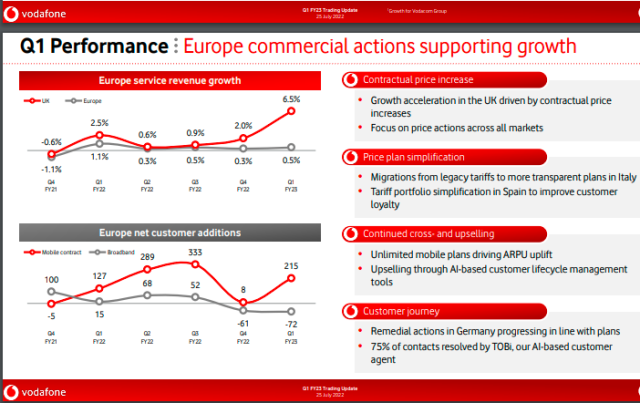 Vodafone ARPU from consumer business in Europe, according to the latest presentation, grew by 0.7 percent year-on-year. Vodafone added 215,000 mobile contract customers and lost 72,000 broadband customers in the quarter.

Vodafone Group revenue increased by 1.6%, supported by service revenue growth in Europe and Africa, to €11.278 billion during April-June 2022. 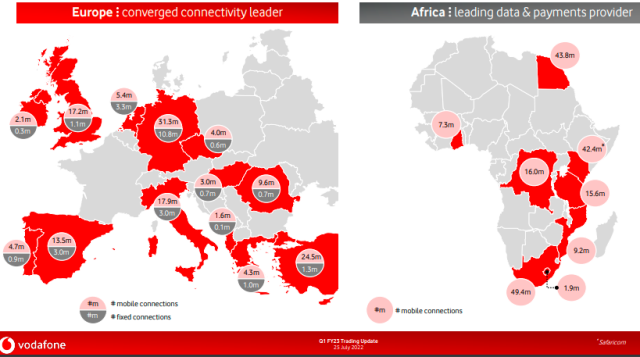 Vodafone Group CEO Nick Read said: “We executed in line with our expectations, delivered another quarter of growth in both Europe and Africa, and seen an acceleration in business growth. Whilst we are not immune to the current macroeconomic challenges, we’re on track to deliver financial results for the year in line with our guidance.”