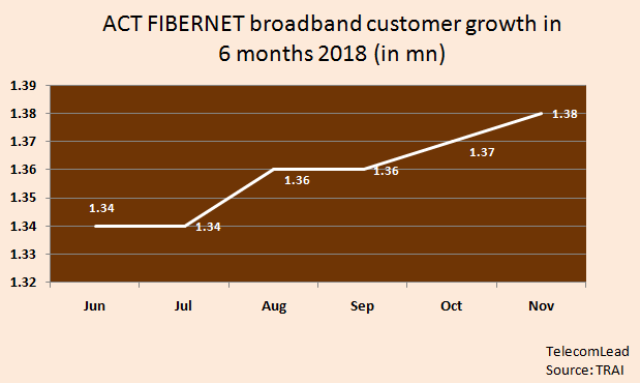 Customers can also watch over 100 of their Free to air TV channels.

The retail price of ACT Stream TV 4K box is Rs 4,499. The Indian broadband service provider will be offering the device with select Internet plans — post commercial launch in May 2019.

ACT Fibernet will provide the ACT StreamTV 4K complimentary to select 5,000 customers. In addition, customers will get a bundle of other exclusive offers including, discounted rates on the VOD apps, extended trial periods on content apps, free access to pay-per-view content, download apps from Google Play store and more.

Customers can subscribe to premium content from existing OTT streaming partners and channels that have tied up with ACT Fibernet and pay for their subscription directly as part of their monthly bill.

Customers can watch their TV shows, matches and highlights for up to 24 hours.

ACT Stream TV 4K, powered by Android 9 Pie, will ensure access to over 3000 TV apps in the Google Play Store. Voice search powered by the Google Assistant is yet another feature.