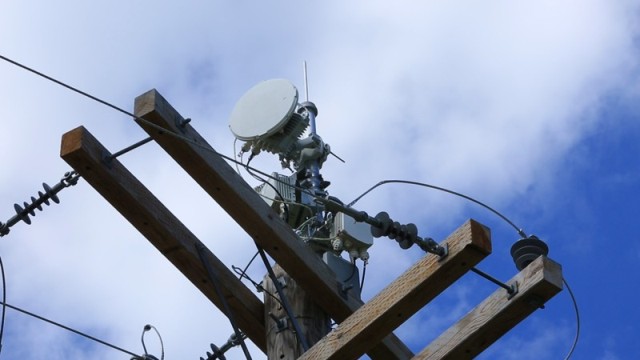 AT&T said its second trial in the U.S. in Georgia in association with Georgia Power will use AirGig, a patented technology, avoiding the need to build new towers or lay new cables in locations close to aerial power lines. AT&T engineers would install devices to provide high speed broadband which can be clamped on by trained electrical workers in a few minutes.

“Project AirGig is part of our effort to accelerate internet connections to a gig or more through both wired and wireless solutions,” said Andre Fuetsch, president, AT&T Labs and Chief Technology Officer.

AT&T started the first trial earlier this fall and is with an electricity provider outside the U.S. AT&T did not reveal the outcome of the first trial.

The second trial recently kicked off in Georgia with Georgia Power is located in a rural area. AT&T said it can deploy AirGig technology in many areas not served by high speed broadband today – rural, suburban, or urban.

“Georgia Power continuously utilizes technology research and collaborates with companies like AT&T in order to introduce new products and services that help meet the changing needs of our customers,” said Paul Bowers, chairman, president and CEO of Georgia Power.

Georgia Power is working with AT&T to ensure that there are no negative impacts to reliability or electrical service for 2.5 million customers across the state as the trial involves new equipment installed on Georgia Power poles.