Charter Communications announced increase in revenue, growth in EBITDA and decrease in Capex during the first quarter of 2019. 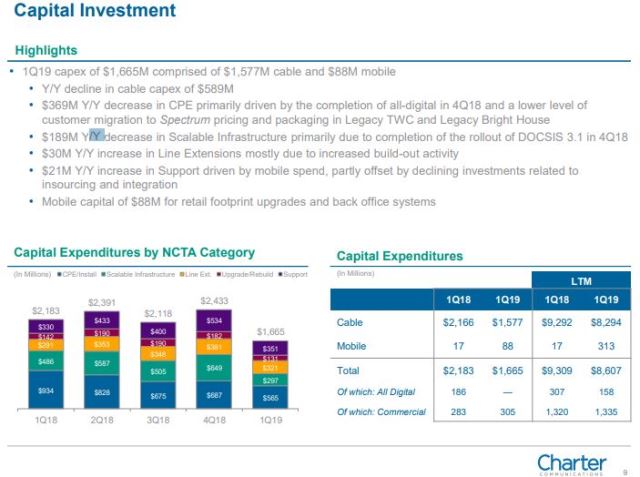 In addition, Charter Communications has generated Commercial revenue of $1.588 billion (+4.3 percent) with contribution of $945 million (+5 percent) from Small and medium business and $643 million (+3.4 percent) from enterprises. 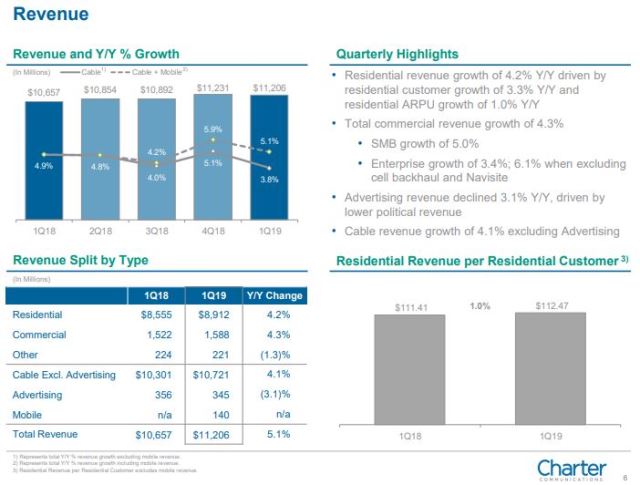 Charter said its capital expenditures (Capex) fell to $1.7 billion in Q1 2019 from $2.2 billion during the first quarter of 2018. Its Capex included $88 million for mobile-related spending.

“We accelerated our customer relationship growth and grew our cable free cash flow by nearly $1 billion. Our operating model is designed to drive continuous improvement, and long- 2 term growth,” Tom Rutledge, chairman and CEO of Charter Communications, said on Tuesday.

Charter has doubled minimum Internet speeds to 200 Mbps in a number of markets at no additional cost to new and existing Spectrum Internet customers.

Charter in September of 2018 completed the launch of its Spectrum Mobile service to new and existing Spectrum Internet customers. Spectrum Mobile runs on America’s largest, most reliable LTE network and is combined with Spectrum WiFi.