Comcast has revealed how the cable major has improved its financial performance during the first quarter of 2019. 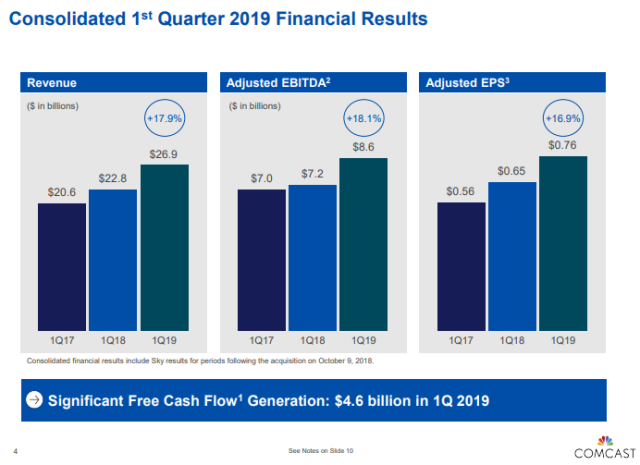 Sky had Capex of $259 million, reflecting investment in customer premise equipment, including deployment of Sky Q.

Comcast’s revenue from Cable Communications rose 4.2 percent to $14.3 billion in the first quarter of 2019, driven primarily by increases in high-speed internet and business services revenue.

Wireless revenue rose 21.4 percent, reflecting an increase in the number of customer lines, partially offset by lower device sales as more customers bring their own device.