Comcast reported 23.6 percent increase in its revenue to $26.9 billion in the second quarter of 2019. 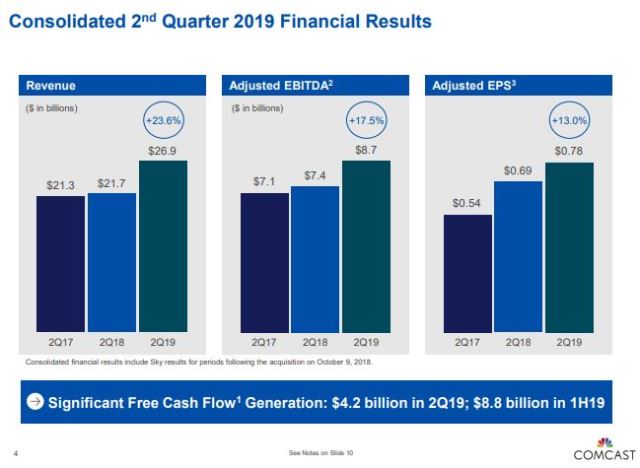 Philadelphia-based Comcast is adapting to changes in consumer behavior as more people drop their cable television subscriptions in favor of streaming services like Netflix, Reuters reported.

Revenue from the high-speed internet business grew 9.4 percent to $4.66 billion as Comcast gained 209,000 subscribers as compared with 260,000 additions in the same period a year earlier.

Broadcast Television revenue increased 0.5 percent to $2.4 billion in the second quarter of 2019, reflecting increased distribution and other revenue, partially offset by a decrease in advertising and content licensing revenue.