Telecommunication technology is evolving incredibly quickly. However, it is following a number of trends that we can quantify and project into the future. Here are a few of the emerging telecom trends for 2020. We’ll also address the impact of these trends over the long-term.

The Rollout of NBN

National Broadband or NBN is being rolled out across Australia. This is bringing high speed internet to nearly everyone, though it won’t reach most rural areas. However, it will eventually serve more than 90 percent of the country. This is why Australians are receiving notices about the available NBN plans for their area. There are too many making the mistake of buying the cheapest plan, though this results in throttled service when you’ve been streaming too much media. (Think Netflix.) On the other hand, it lowers the average user’s cost for high speed internet, and you can take advantage of bundling of services with some service providers.

More Services Moving to the Cloud

We’re seeing far more services moving to the cloud. And it is supported by the rise of high speed internet as the de facto standard of service. This is why software providers can expect everyone to access their data through the cloud. For example, many video games may be unplayable unless you connect to game servers, even if you bought a physical disk. It is why school notes and lectures are increasingly available online. You’re told to listen to streaming music instead of downloading songs, and you may stream podcasts from a web portal instead of downloading them the night before. This process forces customers to rely on a high speed internet connection for banking, education and entertainment if they don’t or can’t use their phone for it.

There’s An App for That, No Matter What That Is

San Francisco, California became a global laughingstock when it launched the snapcrap app for taking pictures of public poop and sending the GPS coordinates to clean up teams. Yet it proves that there is literally an app for everything. This trend is popping up everywhere. Download an app to get a discount from the retailer, though they’ll gain permission to market to you through it, too. Want to check the status of your prescription or place an order for pick up? Do that through an app, too, or else you’ll wait longer for service.

The Internet of Things

The internet of things (IoT) is already being rolled out worldwide, though it isn’t uniform. We need a robust IoT to enjoy safe, self-driving cars, but we aren’t there yet. However, factories are installing networked devices because of the benefits to the business. Their motors, part feeders and other automated systems send data to manufacturing control centers.

There is so much data being generated by the shop floor that edge computing that condenses the data send to the control center are becoming routine. One result is masses of data companies don’t know how to fully utilize, though they’re asking data scientists draw wisdom from it. Another result is that manufacturing becomes all the more automated. Humans aren’t completely out of the loop. Instead, they’re summoned by machines when something is out of spec in order to fix it. Or they perform the few tasks that it isn’t cost effective to automate.

This results in machines “dialing home”. It is more than a smart fridge or programmable thermostat telling the utility company how much power it uses. Depending on the system, your fridge could call a repair tech or tell the manufacturer about its performance in the field. And it could error out if it can’t pull your photos from your online photo storage account. 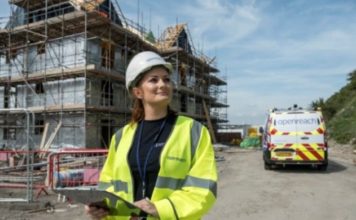