The acquisition will enable Ericsson to strengthen its presence in video distribution market — across multiple networks and devices — with more than 25 percent market share.

Ericsson did not share financial details of the acquisition.

Last week, Bloomberg reported that the world’s largest maker of wireless networks said it is more optimistic outlook for U.S. demand and China’s move to upgrade mobile services will help support growth in the equipment market this year. “The outlook for overall 2013 demand is “stable and slightly on the positive side,” said Ericsson chairman Leif Johansson. 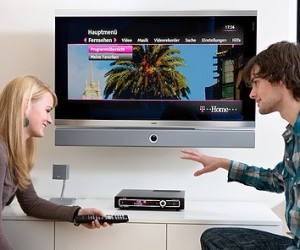 Per Borgklint, senior vice president and head of Business Unit Support Solutions at Ericsson said: “Ericsson’s vision of the Networked Society foresees 50 billion devices to be connected via broadband, mobility and cloud. Future video distribution will have a similar impact on consumer behavior and consumption as mobile voice has had.”

At present, Ericsson has more than 40 customers, serving over 11 million subscriber households.

The total media solution portfolio of Ericsson in the TV and video space combined with a further increased focus on consumer needs will be the foundation for providing services to end users. 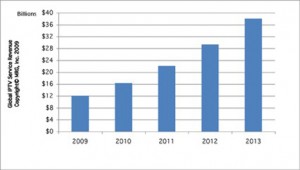 Ericsson is the market leader in LTE infrastructure space. The importance of video distribution capabilities for the customers and their consumers will be increasing as more and more LTE networks are deployed and filled with smartphone users.