“Check out the Kansas City Startup Village and Provo learn-how-to-code hub DevMountain. Take a look at the work of a geneticist whose speedy connection could one day help newborns in intensive care, or how one city’s network is connecting a high school classroom to an underwater microscope so students can study oceanic life in the Pacific from Chattanooga, Tenn,” said Dennis Kish in a Google blog post. 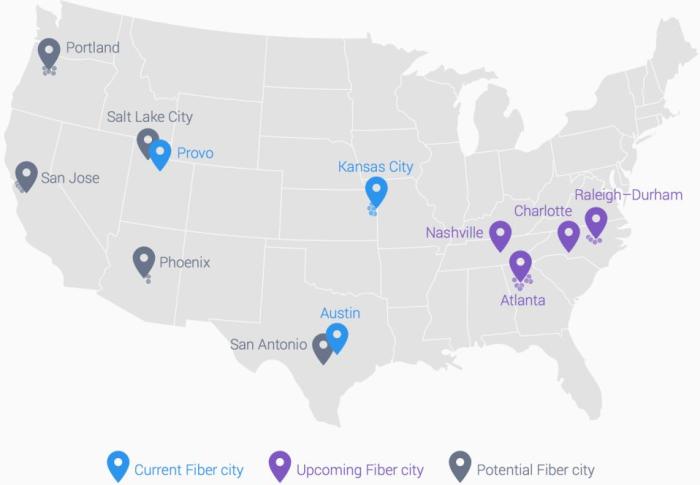 “Our next step is to work with cities to create a detailed map of where we can put our fiber, using existing infrastructure such as utility poles and underground conduit, and making sure to avoid things like gas and water lines. After designing the network, we’ll start construction,” Kish added.

Recently, American President Barack Obama demanded faster networks so that innovators and entrepreneurs can build the next big idea.

Google is hoping the rivals will prod existing Internet service providers such as Comcast, Verizon Communications and AT&T to upgrade their networks and run at faster speeds.

In the two Kansas City markets, Google Fiber charges about $70 per month for high-speed Internet service, or $120 for an Internet and TV package.