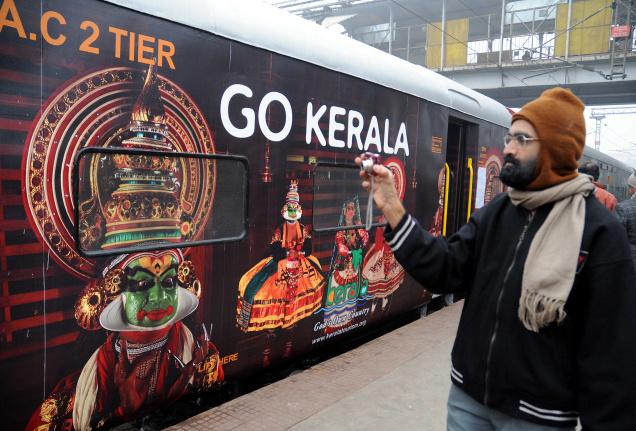 The India Railway Budget announced by Suresh Prabhakar Prabhu is set to create huge opportunities for the telecom sector.

Anand Agarwal, CEO of Sterlite Technologies, said: “The Indian Railway Budget for 2016 is high on technology intervention for commuters’ ease, and in-line with the vision of Digital India. Initiatives like Wi-Fi installations in 400 more railway stations, implementation of CCTV surveillance in major stations, GPS-enabled digital displays for real-time information on upcoming stations, and launch of Track Management System shows the Government’s focus on creation of smart infrastructure.”

Telecom Equipment Manufacturers Association of India (TEMA) welcomed the development of enabling 100 new railways stations with Wi-Fi services. “This would be a great opportunity for the government to encourage domestic Wi-Fi equipment manufacturers to participate in the project and provide level playing field to the domestic players in line with the Make in India campaign,” said TEMA.

MN Vidyashankar, president, India Electronics and Semiconductor Association, said that GPS-based digital display in coaches and the introduction of bar-coded tickets will enhance security ​and comfort ​for the ​travelers. Wi-Fi installations in 500 railway stations by next year w​ill ​result into ​reduction in India’s digital gap. Semiconductor companies will have a ​significant role to play  to enable the FM radio stations to work effectively in the running trains.

Nasscom, an association for Indian IT and software industry, said the inclusion of GPS based digital displays in coaches, and the setting up Wi-Fi internet in 100 station this year, are initiatives that will streamline services in the railways.

India Railway has launched Track Management System (TMS) application for switching over activities of track inspection, monitoring and maintenance to an IT platform, and to generate automatic alerts in the form of SMS and e-mails.

Inventory Management module of TMS has resulted in inventory reduction by 27,000 MT resulting in saving of Rs 64 crore and scrap identification of 22,000 MT equivalent to Rs 53 crore. During 2016-17, this system will be implemented on entire Indian Railways. This apart, Indian Railways have developed an application for maintaining centralized land data, and digitized records of land holdings.

Indian Railways will open the e-ticketing facility to foreign debit/credit cards for foreign tourists and NRIs in the next 3 months.

Indian Railways will be investing in CCTVs at tatkaal counters to improve services during morning Tatkaal hours. It will also conduct third party audits and certification of security features of the PRS website.

Rail Minister has introduced 1,780 automatic ticket vending machines, mobile apps for buying unreserved and platform tickets and GoIndia smartcard. India Railway enhance capacity of e-ticketing system from 2,000 tickets per minute to 7,200 tickets per minute and will support 1,20,000 concurrent users as against 40,000 earlier.