This is significant as this is one of the few occasions where broadband user base declined in India on monthly basis.

TRAI says yearly growth in broadband subscribers is 10.76 percent during the last one year (February 2012 to February 2013).

As on 28 February 2013, there are 160 Internet Service Providers (ISPs) which are providing broadband services in the country. Out of these, 116 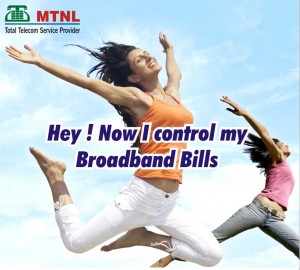 The state-run MTNL has 7.2 percent market share with 1.08 million users, while Hathway has 0.37 million users and You Broadband has 0.30 million broadband users in India.

Meanwhile, China continues to dominate the broadband market with 15 percent growth over the year. However Brazil, India and Russia have all experienced a real rise and are the standout percentage growth countries in the top 10, according to Broadband Forum.

This reinforces the BRIC (Brazil, Russia, India and China) emerging market effect, and one that has the potential to drive the broadband surge throughout the coming years.  Even in mature markets such as the US and France, we are seeing sustained growth which is a sign of broadband strength even during economic challenges.   The emerging markets in the Middle East and Africa continue to make progress – accounting for more than 4 percent of new subscribers globally.

Oliver Johnson, CEO of Point Topic, said: “Demand for bandwidth can be satisfied by FTTx solutions, particularly in combination with vectoring, bonding and other incremental VDSL2 improvements so operators will continue to maximize the lifetime of their existing assets.”