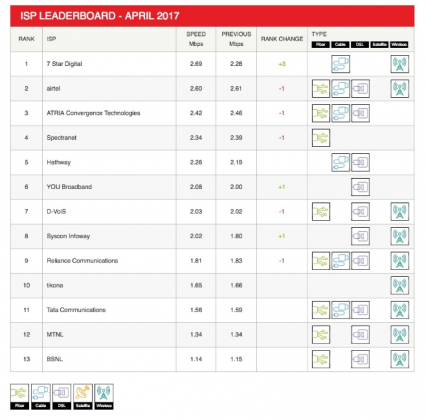 Netflix has revealed ISP Speed Index for April 2017 – indicating the broadband speed of Bharti Airtel, BSNL, MTNL, Spectranet, among others.

Netflix said India’s 7 Star Digital’s broadband speeds increased by 0.41 Mbps, increasing its average monthly speed to 2.69 Mbps, up from 2.28 Mbps in March. The increase helped 7 Star Digital rise three spots to claim the No. 1 spot in India for the first time.

Airtel, the number one telecom operator in India, is in the second position. Airtel’s broadband speed for Netflix customers was almost stable at 2.6 Mbps. 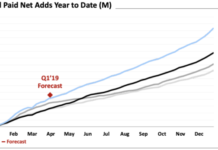 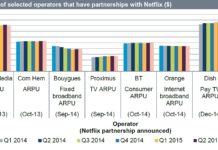 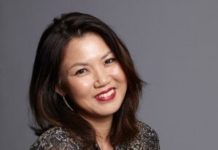 We are bringing the best, original content for India: Netflix