The number of US fiber lines will grow at a CAGR of 10.8 percent to reach 28.2 million lines by the end of 2026. This growth will be due to rising demand for high-speed internet services in the nation, and efforts by the government and operators to expand FTTx networks.

Installation and activation fees, as well as requirements for end users to have routers and computers that are compatible with super high-speed residential broadband service are the main challenges faced by broadband customers.

Fiber-based symmetrical service is considered superior to asymmetric DOCSIS-based infrastructure used by Comcast and other US cable operators. The cable industry is developing technology to support its 10G vision. Comcast is working on the Full Duplex (FDX) version of DOCSIS 4.0, a cable spec supporting symmetrical streaming with 10 Gbps downstream speeds.

Cable’s share of total US fixed broadband subscriptions will decline to 67.1 percent by the end of 2026, from 68 percent in 2021, as other technologies such as fiber and fixed wireless expand their presence. Total US fixed-broadband lines, including fiber, fixed wireless and cable, will increase from 103.1 million in 2021 to 112.3 million by 2026. 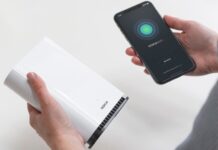 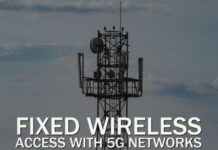 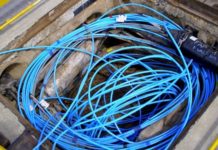