Mukesh Ambani, the richest Indian behind the success of Reliance Jio Infocomm, is taking a cautious approach in the fiber driven broadband business. 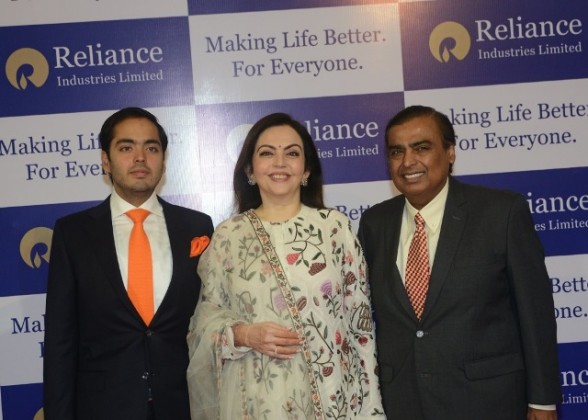 Despite media and analyst reports suggesting that Reliance Jio’s JioGigaFiber broadband will take on BSNL and Bharti Airtel, the 1,000 city-target set by Mukesh Ambani and team shows that it aims to grow in phases after testing the Internet service for customers who still demand high-speed data connections.

The main concern for making huge investment in expanding the broadband reach stems from the fact that broadband ARPU does not meet telecom operators’ expectations. Bharti Airtel’s broadband ARPU was $14.5 or Rs 929, showing a decline of 12.6 percent, in fiscal 2017-18. Airtel has more than 2.172 million customers.

But addition of broadband ARPU in India will be important for Reliance Jio because its 4G ARPU was less than $3 from nearly 180 million wireless phone customers. 4G ARPU does not excite the Reliance Jio management at present.

Airtel has made a cumulative investment of Rs 7,209 crore in its Home Services business primarily focusing on fixed broadband. Reliance Jio indicates that it will spend heavily in its broadband business to win customers. Reliance Jio will be starting registration of its gigabit internet from August 15. 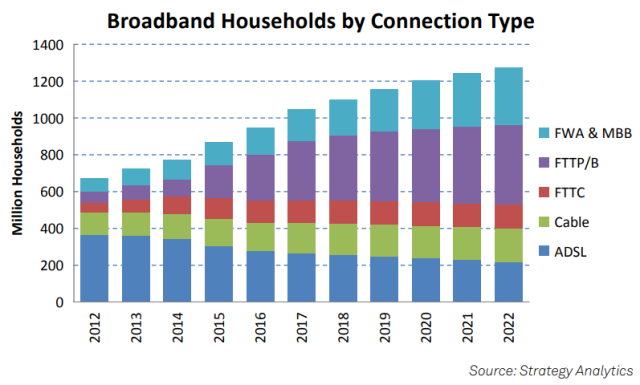 The challenges in fixed broadband business are huge. Airtel just added 8,000 new broadband connections in the entire 12 months of fiscal 2017-18 against net additions of 27,000 in the previous fiscal. 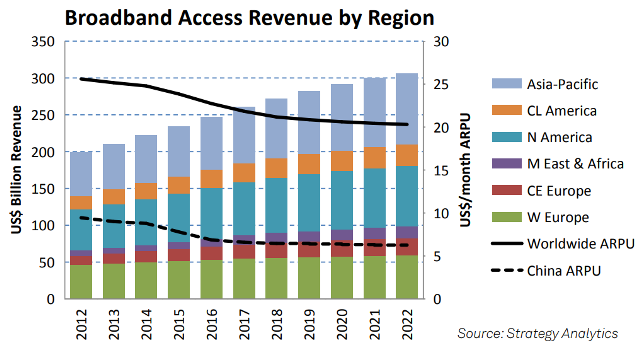 A recent Strategy Analytics report said broadband ARPU and pricing growth is closely linked to faster services. On average, a 100Mbps service costs 75 percent more than a 10Mbps service. For instance, Telecom Italia’s ARPU growth at 14 percent year-on-year in Q2 2017 has been enabled by 90 percent increase in FTTH connections.

If India’s GDP is going to achieve 9 percent or more growth in the next 4-5 years, the spend on broadband will grow substantially.

Comcast, a leading broadband brand in the US, makes a minimum of $75 from its broadband connections across the nation. Comcast posted consolidated revenues of $22.8 billion for the first quarter of 2018, up 10.7 percent, with strong growth from its NCBUniversal media unit. Comcast’s cable business revenue rose 3.6 percent to $13.5 billion fuelled by broadband for homes and business.

UK-based mobile operator BT said the UK broadband market grew by 100,000 in the fourth quarter and its retail share was 2 percent. BT’s retail fibre broadband additions increased by 202,000 in Q4 taking its total subscriber base to 5.7 million.

BT launched Ultrafast Fibre Broadband, powered by Gfast technology, with the initial roll out focusing on SME customers only. This offers download speeds of up to 314Mbps with a minimum speed guarantee, 24/7 technical help and a next working day fix promise.

BT said its retail divisions added 2,000 broadband customers in Q4, as it continues to focus on value over volume. The global broadband trends indicate that Reliance Jio will also be forced to focus on value and not volume if it needs to generate revenue.

BT said its Consumer Business’s 12-month rolling ARPU increased 5 percent to £41.7 per month, underpinned by the impact of price increases from January 2018 and fibre customer growth.

Airtel, Sunil Mittal promoted telecom operator, provides its V-Fiber high-speed broadband data with maximum speeds up to 300Mbps. Spectra offers up to 1Gbps speed. Jio is promising data speeds up to 1Gbps indicating that speed will be the prime differentiator for Mukesh Ambani and team.