Telecom Lead India: The first casualty of curbing Internet freedom will be broadband.

India has 125 million Internet users. Controlling freedom will result into de-growth in broadband that is already struggling to keep pace with the rapid growth of wireless industry in India.

The NTP 2012 has huge broadband targets. Broadband is currently languishing at around 15 million. Internet means sharing of ideas among people (besides offering their views on India’s serious matters).

The India government considers social media as a tool to engage with the citizens. But they should not control citizen’s freedom to express on social matters.

In October 2011, India submitted a proposal for establishing a new institutional mechanism for global internet governance by way of the United Nations Committee on Internet Related Policy (UN-CIRP). 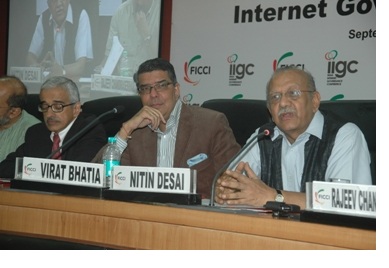 The UN-CIRP’s mandate will include inter alia tasks such as developing and establishing international public policies relating to global issues of internet; coordinating and overseeing bodies responsible for the technical and operational functioning of the internet; facilitating negotiation of treaties, conventions and agreements on internet related public policy; address developmental issues, promote and protect human rights, including the right to development; undertake arbitrations and dispute resolution where necessary and crisis management.

Due to Government’s recent stand on Internet freedom, the ICT industry is seriously debating the issue.

There were mixed views. 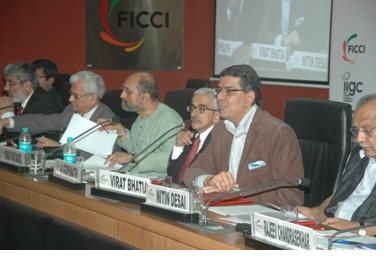 Indian Government’s decision on this issue had triggered a debate in the country and put a question mark on the proposal which was submitted in the UN.

The debate deliberated on whether India’s stand is justified or not? Whether it was ethical to take a stand of this magnitude without informing the stakeholders and many more such questions were raised and answered during the meeting, according to Virat Bhatia, chairman, Communication and Digital Economy Committee, FICCI.

Discussions and debate on the issue of internet governance has increased over the past few years. The entire issue of internet governance has become strikingly important for the internet users, government, Indian industry, mobile and internet service providers, internet companies, social media, civil society, academia as well as youth and women on account of the fact that internet subscriber base has already reached the 125 million mark, and is expected to increase dramatically under the targets established in NTP 2012. Unlike in telecommunications, issues related to internet and data penetration requires not just discussion between government and service providers but cooperation and dialogue amongst a host of other stakeholders – commonly known as Multistakeholder Groups. 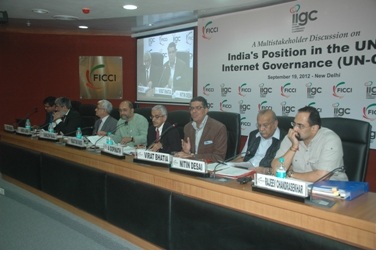 The world is facing a situation where Internet is threatening the security of nations and thus a regulatory body is necessary. “We need to protect the functionality of the internet so that the cyber space is not misused,” said Nitin Desai, special adviser to UN Secretary General on Internet Governance and Former Chairman of Multistakeholder Advisory Group for Internet Governance Forum.

The governance model which India is advocating is multilateral, transparent and democratic in nature. The government is in no way taking away the right to expression from its people. It is only trying to oversee the activities on internet to avoid any unfortunate incident, according to Ambassador A Gopinathan, India’s former Permanent Representative to UN in Geneva.

“CIRP is an unacceptable proposition. It is very intrusive and will only distort things further”, and added that “cyber security issue is a very small part of CIRP and there are better ways to beef up the security of the country than CIRP. By supporting UN-CIRP we will allow the UN to control what we access through internet. Also CIRP is not helping internet penetration in India in any way,” he added. 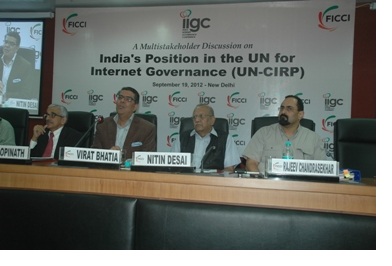 Govind, head of Department, E-Infrastructure & Internet Governance Division, Department of Electronics & IT, Government of India, said that there is a need to have a mechanism globally to address the Internet Governance policies, excluding the technical and operational functioning of internet.