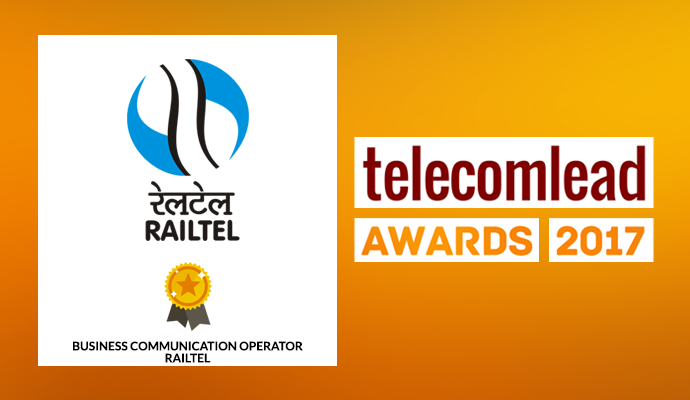 The jury of TelecomLead Awards 2017 has decided to present TelecomLead Business Communication Operator award to RailTel for the company’s contribution in Indian telecom industry in the last 12 months.

As one of the key partners of Digital India, RailTel has been part of several digital transformation initiatives including NOFN, National Knowledge Network, as well as NE 1 and NE II under USOF.  RailTel, in partnership with Google, completed free WiFi in 110 stations at the end of 2016, and plans to achieve the target of 200 stations by the end of 2017. The company has also been active in the enterprise space with its Data Center and Telepresence services.