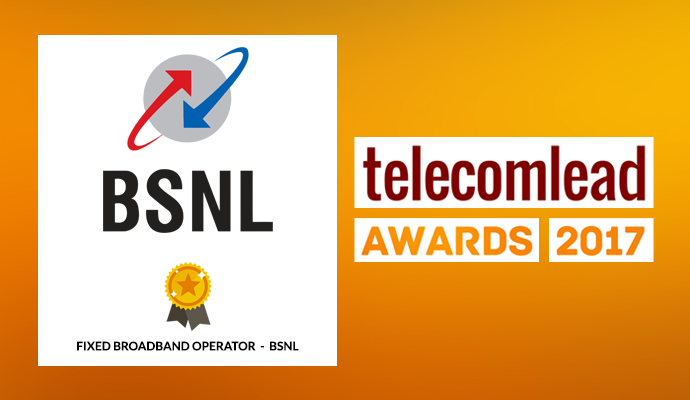 The jury of TelecomLead Awards 2017 has decided to present TelecomLead Fixed Broadband Operator award to BSNL for supporting the broadband demand of Indian subscribers across the country the last 12 months.

Amid the torrent of challenges, BSNL has come up with a bouquet of innovations in fixed broadband- including Wi-Fi hotspots in rural phone exchanges. The state-owned telco announced attractive tariff schemes and enhanced network plans to retain its customer base, while offering free installations to attract new customers.  Despite the tough competition, BSNL managed to increase its customer base in the first quarter of the current fiscal.

In addition to BSNL, TelecomLead Fixed Broadband Operator award will be given to ATRIA as well.