The program differs from a separate, $65 billion initiative funded through the 2021 $1.2 trillion infrastructure law to boost access to the internet.

“In the next three years there should not be any excuse while virtually every home in America, north of 98 percent, shouldn’t have full high-speed broadband connectivity at an affordable rate,” Democratic Senator Mark Warner told reporters. “We just have to make sure we implement it well.”

Treasury said initial state plans approved were the first viable ones submitted and are designed to deliver reliable internet service that can meet or exceed speeds “needed for a household with multiple users to simultaneously access the internet.”

New Hampshire will receive $50 million to serve 15,000 homes and businesses in rural areas, about 50 percent of locations that the state estimates lack access to high-speed internet. Treasury separately awarded a total of $6 million to more than 30 tribal governments to enhance internet connectivity. 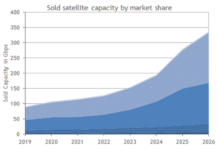