UK expected to lead in fixed broadband in EU by 2020, suggest latest report by Analysys Mason.

The UK broadband market includes the ‘EU five’, namely France, Germany, Italy, Spain and the UK, and Portugal and Sweden, along with the structurally separated economies of Australia and New Zealand.

UK will continue to lead among the EU five on availability and take-up of superfast broadband , i.e. with speed of 30Mbps and more, by 2020.

Also, UK will become the second in terms of superfast infrastructure competition amid the five.

The below from Ovum indicates about the mobile broadband and fixed broadband in China for 2016. 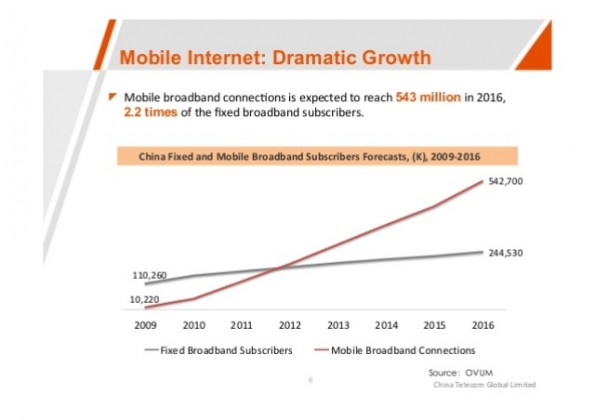 Current performance has UK leading the ‘EU five’ in terms of average speeds alongside topping the list of countries studied for the availability of speeds of at least 10Mbps.

UK is also expected to enhance performance in many areas except Australia and New Zealand, both structurally separated and having given greater intensity public funding.

The report adds that ultrafast speeds, of 100Mbps or more, will see a 50 percent to 85 percent hike in the UK over the next few years, with second position expectations in the EU five by 2020.

UK is backed by the regulatory approach taken, which has boosted its broadband position till date. It will further escalate on the list provided companies fulfill investment plans related to rolling out of superfast and ultrafast networks.

Also, even though the UK market is highly competitive, a third ultrafast network reaching 40 percent coverage in UK, other than the two existing networks, seems economically unlikely, adds the report. A third separate network is not likely to invest in covering more than 5 to10 percent of the country suggest report findings.

Recently, a major increase in business rates has also been charged on fibre-optic cables for network owners and internet service providers (ISPs) in UK by the Valuation Office Agency (VOA).

Also, West Sussex County Council and Adur and Worthing councils have entered into a joint initiative to deliver speeds 100 times faster than the UK average businesses and homes by enhancing investments in the sector in collaboration with the prominent carriers.

BT has announced plans to lay one million lines as part of its £3 billion Project Lightning network expansion, making cable available to two thirds of the country by 2019.