Vodafone announced the trial of a new Passive Optical Network (PON) technology capable of delivering speeds up to 100 gigabits per second on a single wavelength 10 times faster than the most advanced networks available today.

The trial took place in Vodafone’s Eschborn lab in Germany last week will accelerate the potential of fiber broadband.

Going beyond 25G requires advanced DSP capabilities demonstrated in this trial. Once this DSP is adopted, the steps to 50G and 100G are straightforward and could be commercially available in the second half of the decade.

Using flexible rate transmission results in lower latency on a PON and cuts power consumption in half — two essential characteristics for fiber networks that have a rapidly growing role in the massive delivery of fixed and mobile broadband services.

Vodafone has the largest next-generation access network capability in Europe, covering 140 million homes. Vodafone’s strategy is to push fiber deeper to customers and evolve to a unified fiber-based network for access, aggregation, backhaul of cable nodes and mobile transport. 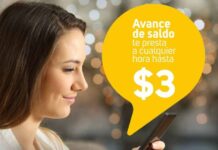