Vodafone has secured conditional approval  from the European Union for its $22 billion bid to buy Liberty Global’s cable networks in Germany and central Europe.

The European Commission said in a statement that the approval was conditional on full compliance with a commitments package offered by Vodafone.

Vodafone, the world’s No. 2 mobile operator, is looking to the deal to help it better compete with German market leader Deutsche Telekom.

It offered to strengthen rival Telefonica Deutschland by giving it access to its merged high-speed broadband network after the European Commission said the deal may cut competition in Germany and the Czech Republic.

Vodafone said more than half of the group revenues will come from fixed and converged services.

Vodafone Germany will deliver gigabit mobile speeds to 20 million people by 2021 and fixed gigabit connections to 25 million households by 2022.

The transaction is expected to generate cost and Capex synergies with a net present value of over €6 billion after integration costs, and revenue synergies with an NPV exceeding €1.5 billion from cross selling to the combined customer base. 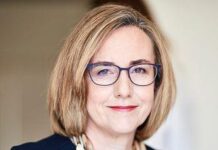