AT&T today revealed that it will increase its annual Capex (capital expenditure) to $24 billion after the completion of the Warner Bros-Discovery deal.

AT&T, which owns HBO and Warner Bros studios, and cable and streaming network Discovery, the owner of lifestyle TV networks such as HGTV and TLC, will combine their media assets to create a standalone global streaming business.

The deal announced today marks the unwinding of AT&T’s $108.7 billion acquisition of U.S. media conglomerate Time Warner in 2018, and underscores its recognition that TV viewership has moved to streaming.

The deal reflects that AT&T could not take on companies such as Netflix and Walt Disney.

With the acquisition of Time Warner, AT&T sought to create a media and telecoms powerhouse, combining content and distribution.

Yet this proved a costly strategy as it simultaneously sought to expand next generation wireless services, most recently borrowing $14 billion to buy more wireless spectrum.

The new company is projected to have 2023 revenue of about $52 billion and adjusted EBITDA of about $14 billion as well as $3 billion in expected annual cost synergies.

The deal is anticipated to close in mid-2022, pending approval by Discovery shareholders and regulatory approvals.

“It will support the fantastic growth and international launch of HBO Max with Discovery’s global footprint and create efficiencies which can be re-invested in producing more great content to give consumers what they want,” AT&T CEO John Stankey said.

AT&T expects its remaining assets to produce the following financial trajectory from 2022 to 2024:

AT&T is expected increased capital investment for incremental investments in 5G and fiber broadband.  The company expects annual capital expenditures of around $24 billion once the transaction closes.  AT&T expects its 5G C-band network will cover 200 million people in the U.S. by year-end 2023. AT&T plans to expand its fiber footprint to cover 30 million customer locations by year-end 2025.

AT&T expects Net Debt to Adjusted EBITDA5 in the 2.6x range after transaction closes and less than 2.5x by year end 2023. 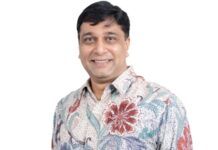