DISH Network reported 5 percent drop in revenue to $3.46 billion and net income of $439 million as the company lost millions of subscribers in Q2 2018.

The latest financial performance of DISH Network is comparable against revenue of $3.64 billion revenue and net income of $40 million in Q1 2017.

Dish has also been acquiring wireless spectrum to enter the wireless market to compete with AT&T, Verizon, T-Mobile, etc. The company is under pressure to build a network using the spectrum before the licenses expire. 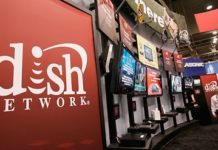