US-based satellite operator EchoStar has disclosed that it has near 3 percent stake in UK-based Inmarsat, as well as 10.4 percent position in its convertible bonds, Reuters reported. 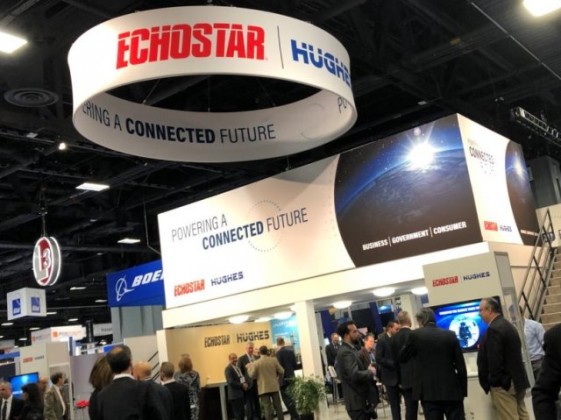 EchoStar recently made an attempt to buy the London-listed company. Inmarsat rejected the takeover approach from EchoStar because it “very significantly undervalued” its business. Inmarsat did not disclose the terms of the bid.

The Colorado-based EchoStar has until July 6 to make a firm offer or walk away from the FTSE 250 group, under rules set by Britain’s Takeover Panel.

London-based Inmarsat was set up by the International Maritime Organization in 1979 as a way for ships to stay in communication with shore and make emergency calls. Since then, the group has become a private company, providing communications for aircraft and governments as well as shipping.

Analysts have identified ViaSat and Eutelsat Communications as possible counter bidders for Inmarsat. A Bloomberg report recently said EchoStar, founded by billionaire Charlie Ergen, has long been seen as a potential bidder for Inmarsat, along with SoftBank Group’s OneWeb.

At Inmarsat’s current share price, EchoStar’s equity stake is worth about 82 million pounds or $108.9 million.

EchoStar’s position in the convertible bonds represents a principal amount of $67.4 million, according to the filing. The bonds, which are eligible to convert into shares, are due to mature in September 2023 and were issued in August 2016.