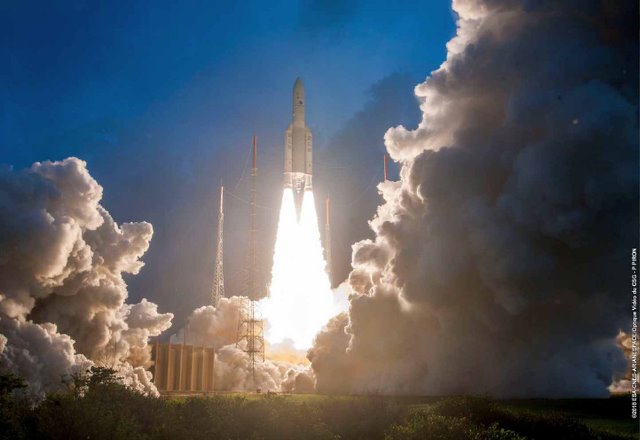 GSAT 11, an advanced communication satellite, is the heaviest satellite with 5,854 kg, built by ISRO. It will fulfil needs of providing high speed broadband connectivity to rural areas under the BharatNet project, said ISRO chairman K Sivan.

The cost of the GSAT 11 launch is pegged at Rs 600 crore, according to several media reports.

The latest TRAI statistics report shows that the number of broadband subscribers in India increased 3.89 percent from 463.66 million at the end of August 2018 to 481.70 million in September 2018.

The satellite is the third of the four satellites that will high-speed broadband connectivity to all parts of India, bridging the rural and urban divide. ISRO has already launched two satellites, the GSAT 19 and 29. ISO will launch the fourth GSAT 20 later next year, NDTV reports.

The satellites will allow for high-speed voice, data, and video-streaming services over diverse geophysical and climatic conditions.

This will further the Union government’s Digital India initiative by supporting BharatNet an ambitious optical fibre network connecting 2.5 lakh gram panchayats, Hindustan Times reports. The mission life of the satellite will be 15 years.

ISRO’s aim was to launch GSAT 11 in May this year, but recalled in April to carry out some tests after the space agency failed to establish communication with a satellite from the same series GSAT 6A.