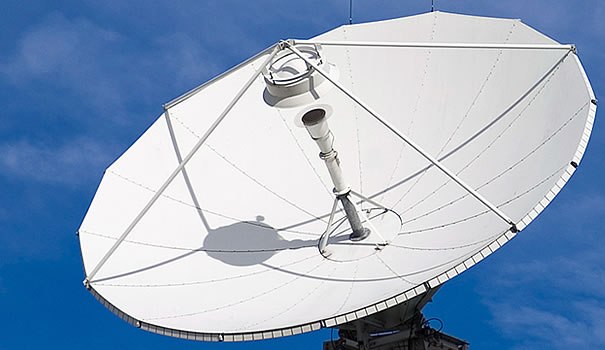 As per the present license terms and conditions, there is a difference in charging of VSAT license fee for installation of first and the second hub.

If the number of VSATs exceeds 100 for the second hub, an additional amount of Rs 16,000 per annum per VSAT terminal is chargeable. This means there is huge difference in fees once a licensee expands from one hub based VSAT network to two hub based network.

Hughes and Bharti Airtel are the top leading VSAT companies in India.

Levy of separate license fee for second hub for captive VSAT may be done away with.

Present annual license fee at Rs 10,000 per VSAT terminal, as being charged presently for VSAT terminals connected to first hub, may be maintained for both the first and the second hub and without levy of any minimum license fee.

The entry fee for captive VSAT license may be reduced by 50 percent i.e. from Rs 30 lakh to Rs 15 lakh.

FBG equivalent to license fee for two quarters may be charged from captive VSAT licensee. 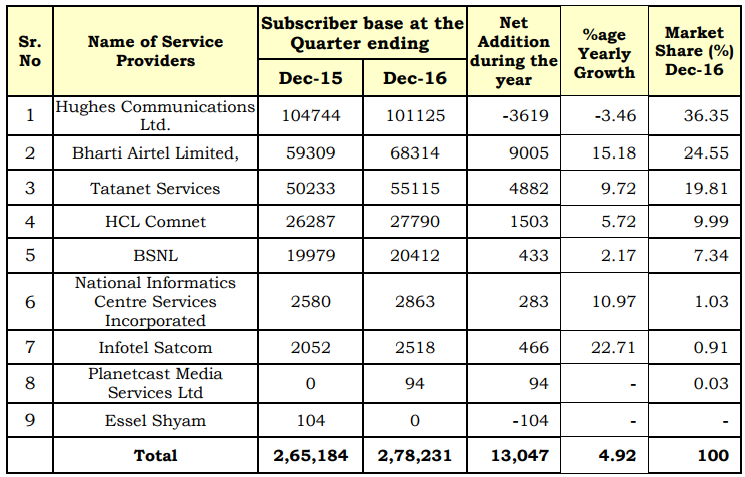 Royalty charge for captive VSAT terminals may be calculated in line with the formula given in DoT circular dated 22 March 2012.

In the formula for calculation of royalty charge, annual royalty factor needs to be multiplied by bandwidth factor and number of carriers assigned only.

There is no justification for charging additional 25 percent amount as reuse factor for number of VSATs more than the number of carriers. These charges may be eliminated for calculation of Royalty charges. DoT may issue necessary clarification in this regard.

In case delay in allotment of corresponding ground segment frequency by WPC extends beyond 3 months from the date of allotment of space segment by DoS, the space segment charges payable to DoS may be borne by DoT till the time allocations/clearances by WPC/DoT/NOCC are completed.

No late fee may be charged from the licensee in case there is no pendency of submission of requisite documents, fee etc. by the licensee and delay in allocation/approval is due to licensor’s internal matters.

Validity of WOL for Captive VSAT licensee may be for a period of 5 years at a time, instead of annual at present subject to validity of the license.

Period of agreement with DoS for space segment may be for minimum three years unless licensee desires for shorter duration and subject to validity of license.

The restriction / cap of 512Kbps / 2Mbps per VSAT as maximum data rates for Captive VSAT may be revised upwardly and DoT/TEC may revise its specifications accordingly. 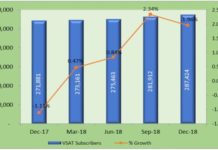 Airtel and Hughes to combine VSAT operations in India 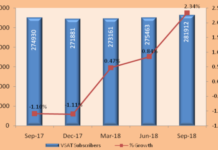 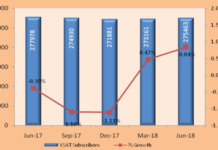