Earlier plan of the government was to announce the Meghraj cloud project, a program that aims to move government data, services and application to remote servers, in December.

According to J Satyanarayana, secretary at the department of electronics and information technology, the national cloud initiative aims to establish a secure and unified cyber space for shared government services and infrastructure, provide IT resources on demand, and optimize utilization of IT infrastructure and resources.

In the first phase, the government will be launching National Informatics Centre (NIC) cloud service in Delhi. It has infrastructure, platform, software and storage as a service, which is very important for government departments. It will be on the trial basis. It will also have an app store, which will work along Meghraj. 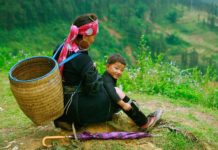 Will telecom minister Kapil Sibal support free broadband to all