The new family of lightRadio portfolio is expected to accelerate 4G TD-LTE technology deployments across China, the largest mobile market in the world.

Ovum says Sunday night’s Alcatel-Lucent analyst event was short on new product announcements but long on the promise of an improved company performance in the future. Much of the opening segment of the event was focused on the company’s financial results. It was very honest in placing some of the blame for its current situation on its past struggles in meeting changes within the optical and mobile broadband markets.

Daryl Schoolar, network infrastructure analyst, Ovum, said: “A highlight of the event came at the end with a demo of eMBMS. The demo showed context-aware applications with the network pushing out applications specific to the end user’s location. It is still a few years away, but showed a promising application for video over LTE,”

China Mobile has over 722 million subscribers – over half of the total mobile subscriptions in the country. 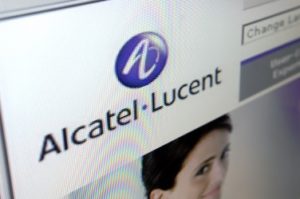 In China, lightRadio Metro Radio will be deployed in busy indoor and outdoor locations, such as shopping malls and stadiums where coverage can suffer either from the large number of consumers trying to access a network, or because the density of buildings impedes the radio signal.

Bill Huang, president of China Mobile Research Institute, said: “4G TD-LTE is undergoing the final large-scale tests before commercial deployment and once completed the active antennae like Alcatel-Lucent’s lightRadio Metro Radio will be key to rolling out this service to meet our customers’ needs wherever they are.”