4G users will benefit as they can enjoy download speeds of up to 150 Mb.

“Ascend P2 is the perfect combination of elegance and power, and further proof that there’s no need to compromise when desiring a perfect smartphone. It is evidence of the outstanding smartphone experiences and great technology that we are committed to bringing to consumers,” said Richard Yu, CEO of Huawei Consumer Business Group. 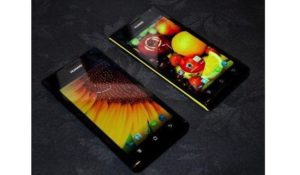 Huawei will launch Ascend P2 sale in France through Orange in June 2013.

In the second quarter of 2013, the world’s fastest 4G smartphone — as claimed by Huawei — will be available globally.

“The technological capabilities of the HUAWEI Ascend P2 will enable our customers to have the fastest access to all their content, with speeds up to 150 Mb on our brand new 4G network,” said Florence Paour, device marketing director, Orange France.

Huawei’s ‘swift sharing’ supports uploads and downloads two to three times faster than other smartphones in a WiFi environment.

Ascend P2 enables e-payments and can act as an electronic ticket.