Bharti Airtel and Vodafone Idea have revealed their financial performance for the third quarter of fiscal 2018-19. 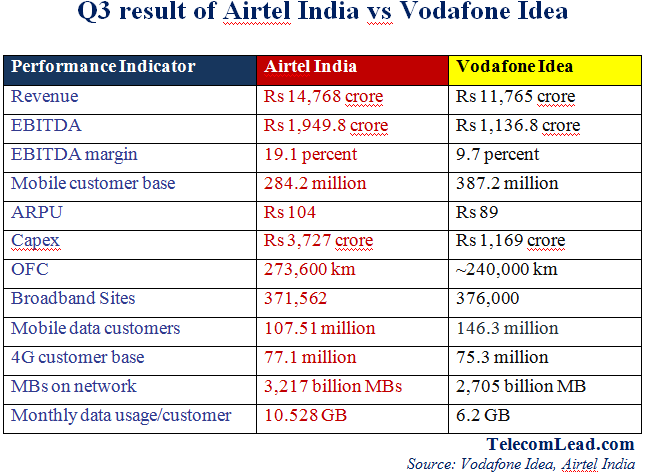 The India business of Bharti Airtel is headed by its CEO Gopal Vittal and Vodafone Idea is managed by its CEO Balesh Sharma.

Airtel India has 273,600 km of optic fiber cable network (OFC) vs 263,507 in September 2018. The investment in its nationwide optic fiber network will assist Airtel to introduce 5G services in coming years.