India will be a major market for Verizon, which is struggling in the wireless business in the United States despite adding content and expanding 5G mobile network. 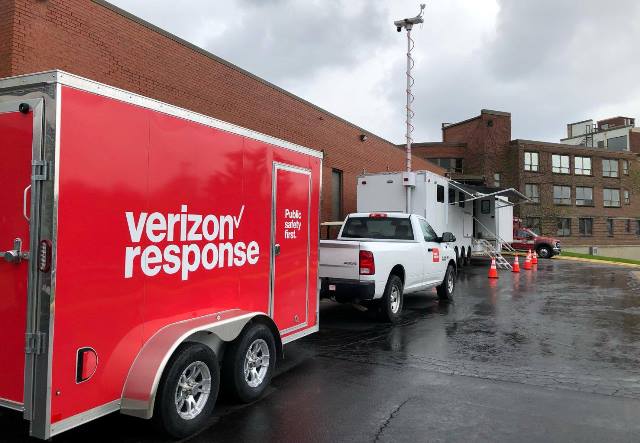 Verizon CEO Hans Vestberg, who was with Ericsson earlier, believes in the growth potential of wireless markets, and media business of Verizon is not a focus area for the CEO and his team members. Verizon’s wireless service revenue dropped 1.7 percent to $15.9 billion in Q2 2020.

Verizon’s total operating revenues fell 5.1 percent to $30.4 billion mainly due to significant declines in wireless equipment revenue in the Consumer and Business segments. Verizon is under pressure to perform better than T-Mobile.

Vodafone Idea said on Thursday its board had no investment proposal to consider from U.S. wireless carrier Verizon Communications. Media reports indicate that Verizon and Amazon are keen to invest $4 billion in Vodafone Idea.

Verizon and Vodafone Group were strong partners in the wireless business in United States for nearly 14 years.

Verizon Communications was founded in 2000 as a joint venture of Verizon and Vodafone Group plc. Vodafone exited from Verizon Wireless for $130 billion by selling its 45 percent stake in 2014. Vodafone Plc, the shareholder in Vodafone Idea, knows that it can work with Verizon very well.

Indian wireless market has strong growth potential. India has around 1 billion mobile phone customers. Reliance Jio, Bharti Airtel, Vodafone Idea and BSNL are the telecom operators in India. Verizon can benefit from India’s 4G and 5G business as it believes in making huge investment in spectrum and Capex.

Verizon Wireless’ capital expenditures in first-half 2020 were $9.9 billion focusing on the deployment of additional fiber and cell sites to expand the company’s 5G Ultra Wideband rollout.

Vodafone and Verizon with the support of e-commerce major Amazon will aim to enhance its data business in India.

The average monthly data usage per user surpassed 11 GB in December growing 16 percent due to increase in upgradation of the 4G network, low data prices, affordable smartphones, and the popularity of videos.

The number of 4G handsets devices grew 1.5x to reach 501 million units due to the availability of a range of feature-rich models and competitive prices.

Saturated telecom markets in Europe are not target for several telecoms at present. India offers growth opportunities. It is the right time to explore for Verizon to make investment in India’s wireless market.