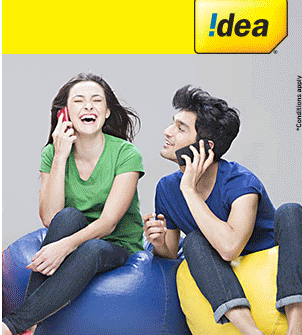 Idea Cellular has expanded mobile broadband coverage to Pan India and additional 200 MHz (TDD) spectrum in frequency bands of 2300 MHz and 2500 MHz to address the future requirement of capacity.

Idea Cellular is now well equipped to offer 4G services on its own spectrum across 20 service areas, covering 94 percent of its revenue. Idea owns two carriers of prime 1800 MHz frequency band in 7 out of 8 leadership circles (ex. Andhra Pradesh) and additional 1 – 3 carriers of capacity spectrum.

Idea Cellular acquired 2100 MHz spectrum for 3G only in high population service areas of Bihar and Rajasthan, expanding Idea’s capability to offer 3G services on its own spectrum to 15 circles.

In Q2FY17, 3.7 million smartphone owners started to use mobile broadband services and overall base increased to 30.7 million broadband users.